Late last year, I read an article in the Harvard Business Review on disruptive innovation. I thought it needed correction and decided to post my response on LinkedIn. 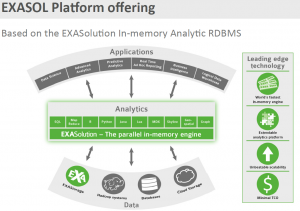 Welcome to my web site. This first post is to introduce myself a bit more than a short About page can do. As that page mentioned, I’m David Teich and have over thirty years of experience in enterprise software with a focus on marketing. What makes me different from most others who have the same years of work? Breadth. I am a true generalist able to take a broad range of high technology experience to bear on your issues. I see the forest, not the trees.

I began my career as a computer operator, and moved through programming, systems analysis, consulting, and sales engineering and into marketing by the mid-1990s. I can work with people in all areas of business to understand their skills and needs in order to synthesize a solution that incorporates an understanding of your business, technologies and markets to create messages to attract the varied stakeholders in a complex modern sales cycle.

It’s not just the depth and breadth of my work experience that serve as a foundation for supporting your needs. I earned my undergraduate from Texas A&M University in the second year of their business computing degree program. I went to Stanford to earn my MS in computer science because I was interested in expert systems to solve business problems. My MBA from Pepperdine University is in marketing.

Consulting? That experience goes back a long way. Teich Communications is the name my parents had for their public relations firm and in which I was first exposed to proofreading, printers, consulting and more. I’ve decided to keep that name because marketing, whether strategic or tactical, is all about communications. I consulted a few times in Silicon Valley and spent six years consulting in Israel.

Today’s software environment is global. In addition to having worked with international markets at US companies, I have lived and worked abroad. That overseas experience strengthens my ability to understand the needs of different markets and global corporations.

I understand both how enterprises make software decisions and how enterprise software works. I can help small to mid-sized software firms better focus marketing to address solutions. Whether you need help understanding strategic aims and positioning or you need basic collateral that attracts specific stakeholders, I can help you improve your communications.